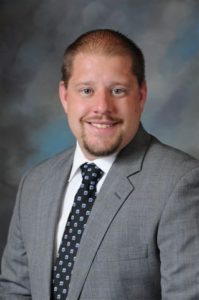 The United Way is “near and dear to our hearts” here at The Callaway Bank.  We strongly believe in their mission and their goals.  Glenn Harris, President of the Callaway County United Way Board,  is following in the footsteps of his father, grandfather and great uncle who have all supported the organization since it was founded in 1957.  In fact, John C. Harris is a founding father.

As a recipient of the ‘Community Hero’ Award, $5,000 will be presented to the Callaway County United Way.  Considering Peggy Kirkpatrick and her team at the The Food Bank for Central and Northeast Missouri can turn even $1.00 into nearly 20 lbs of food….well let’s just do the math.  WOW!  That equates to about 100,000 lbs of food!!

Safeco Insurance Company recently awarded the ‘Community Hero’ Award to 15 recipients nationwide.  Their generosity will go towards helping many, many people right here in Callaway County.  Thank you to Glenn, Tammy Wickham of Naught-Naught Insurance and Safeco for their dedication of going above and beyond in helping people in our communities.

Bank On It | Fraud Prevention |

Staying Ahead of Fraudsters with Fraud Prevention Enhancement

2022 Agri-Business of the Year

How Much is Your Information Worth?