Former PresidentChairman of the Board Passes Away

Share:
It is with sadness that we announce the passing of John C. Harris, former President, Chairman of the Board and 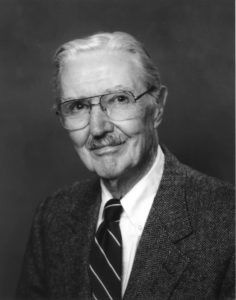 Director Emeritus of The Callaway Bank.

Mr. Harris attended Fulton Public Schools. In 1939, he graduated from Westminster College where he was a member of Alpha Delta Chapter of Beta Theta Pi.  He was elected to the College Board of Trustees in 1958 and served through 1995, having completed a term as Chairman of the Board. In 1986, Mr. Harris was granted the Honorary Doctor of Laws degree by Westminster College. At his retirement in 1995, he was named Trustee Emeritus.

Mr. Harris modeled service to his community. He was a life-long member of the First Presbyterian Church in Fulton where he served as an elder. Singing in the church choir each week for sixty-five years brought him great joy. He was a founding member and board member of the Fulton Housing Authority and of the Callaway United Way. He also served on the boards of Ecumenical Ministries of Callaway County, SERVE Inc., the Board of Jail Visitors, and William Woods College.

There will be a private memorial service for family.

The family has not identified specific memorial recipients.  John supported many organizations and institutions throughout his life time.  Among them were the Callaway County United Way, Westminster College, First Presbyterian Church, SERVE and Fulton Housing Authority to name a few.  If you wish to make a memorial contribution, you are welcome to send donations to the charity of your choice.