As the oldest, independent community bank in Missouri, The Callaway Bank combines old-fashioned values like fairness, respect, integrity, and honesty with modern banking products and services. Our customers have been our greatest asset since before the Civil War.  Unlike most banks, we are still an independently owned and locally operated community bank.  Our decisions are made right here at home, with the interest of our community and our customers in mind for all that we do.  While we take great pride in our history, it is the future we work for today.

In 1857, the first bank in Callaway County was established in Fulton. Known as the “Fulton Branch, Western Bank of Missouri,” it was not actually a branch, as all stock owners and officers were local. Banking at that time was nothing like today. Deposits were small and customers few. Bank drafts were rarely used and checks limited. Banking transactions often were conducted in gold.

As the Civil War raged in October 1861, directors feared the bank’s $50,000 in gold was in jeopardy from army raids. They agreed to hide the gold in a well on the west side of the Courthouse Square until peace was restored. The money remained there until 1865 when the well was pumped dry and all but one small coin was recovered.

In 1960, The Callaway Bank brought drive-in banking to Fulton with a separate downtown facility. A branch office was opened in southern Fulton in 1982. In 1993, The Callaway Bank merged with Steedman Bank to replace services lost to Mokane residents during the disastrous Missouri River flood of the same year. 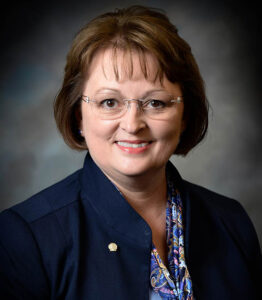 In 2015, we opened our location in Ashland, Mo. Today, The Callaway Bank has eight banking offices in Ashland, Fulton, Columbia, and Mokane, 11 direct ATM locations, and over 32,000 locations nationwide through the MoneyPass® network. Plus with online banking and our mobile apps with mobile check deposit, you can bank anywhere and anytime.

Through the use of these tools, we have customers literally around the globe who prefer to bank with us, even after they have relocated from mid-Missouri. While banking will continue to evolve from a technology standpoint, we realize that it is how we take care of our customers that makes the difference. We’ll continue to adopt new technology but will always put our emphasis on serving our customers and our communities.

Timeline of Our History

Here are some highlights of history presented along an easy to view timeline.